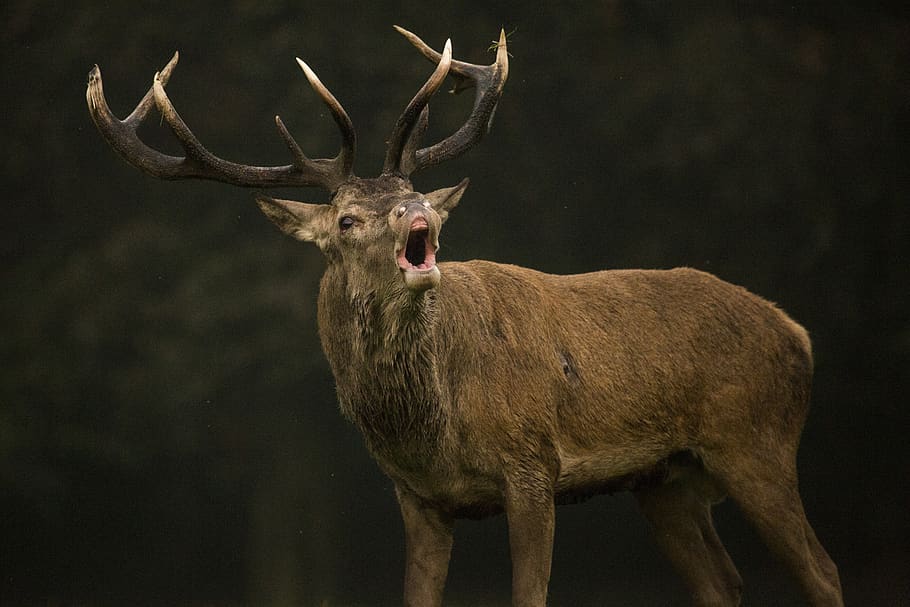 For those of you following along, you know that one of the bucks that I am after is a nice 10-pointer that we’ve named “Mr. Crabs” because of his unique crab claw on the end of each main beam.  Prior to the season opening, he was showing up every evening during daylight hours.  Then, he suddenly moved to a more nocturnal pattern, only showing up every couple of days.

After hunting that stand twice and only seeing one small buck, a doe (which we couldn’t get a shot at), and a fawn. We were trying to play things smart and only hunt the stand once or twice a week, as to not wear the spot out. On Tuesday, September 15th, a cold front had passed through and temps were down in the upper 60s with a wind out of the north. Hoping this drop in temps would have the deer up on their feet, we headed to the stand with high hopes of filling a tag.

Around 7pm, a small buck slipped into our setup and started feeding. With an hour of daylight left, we were hoping this was a good sign of what was to come. Sure enough, not 15 minutes later, I spotted movement out in front of me. I could tell it was a decent buck, but wasn’t sure which one, at this point. As the buck neared, it became apparent that it wasn’t either of my hit list bucks, but a decent 8 pointer that had just recently showed up on our trail cams.  Almost immediately after making out the 8-pointer, I caught another glimpse of movement behind him. It was Mr. Crabs! I couldn’t believe my eyes.  My adrenaline immediately kicked into overdrive.

The 8 pointer came straight into our setup and started feeding with the small buck.  Showing his older, wiser ways, Mr. Crabs circled around much more cautiously.  It was an emotional roller coaster, as one minute he would appear to be coming in, and the next he would turn and act like he was leaving. FINALLY, he seemed to commit and was coming right in to our setup.  He needed about 3 to 4 more steps to get into my main shooting lane, but suddenly froze as if he knew something wasn’t quite right.  Then, just as he came in, he backed up and headed out.  At one point I drew, as he was about to step into a smaller, but manageable shooting lane, but once again he denied me by turning directly away from me and walking away…leaving me without a shot.  An exciting encounter that definitely pumps me up for the rest of the season.  Hopefully this won’t be my last encounter with Mr. Crabs.

One thing is for sure.  The next big cold front that comes through…you can be sure I’ll be sitting in that stand, patiently awaiting his return.