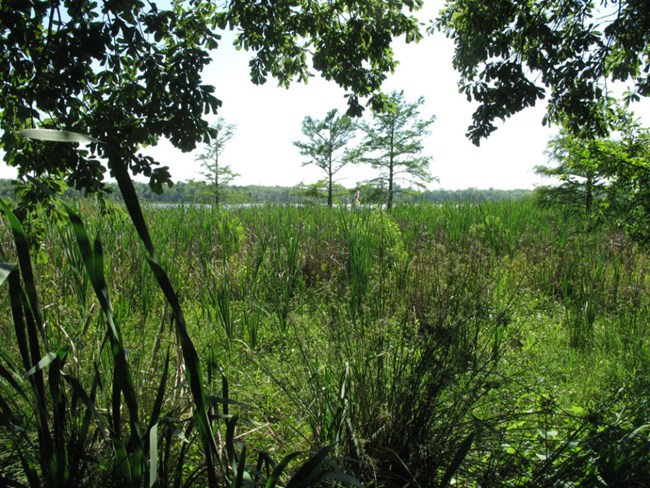 Wildlife management division personnel have selected 16 WMAs scattered across the state that have excellent deer management potential. They will be managed as areas where hunters can go and have a good chance of taking a really nice deer.

A few of the WMAs on the list, like Moro Big Pine Natural Area, Rick Evans Grandview Prairie and Freddie Black Choctaw Island, have already been used as pilot areas for this process, and the regulations have proven to be very successful.

The four-by-four slot rule was implemented several years ago to provide increased flexibility from the three-point rule while still maintaining some sort of restriction on the overall buck harvest. Data collected from these areas proved that the management strategy protected fewer bucks than the three-point rule, and led to an annual buck harvest composed of 50 percent 1½-year-old bucks and 50 percent 2½-year-old or older bucks.

The four-point or 18-inch main beam rule protects a very high percentage of 1½-year-old bucks and shifts harvest pressure to the 2½-year-old and older age-class bucks.

The next step in improving buck-age structure on these WMAs is a combination of main beam length and inside spread regulations, Baxter said. “Based on data collected from thousands of bucks, inside spread and main beam length are much more correlated to buck age than point restrictions,” he says. Additionally, main beam and inside spread regulations protect more younger-age-class bucks, improve age structure within the buck segment of the population, and improve the buck-to-doe ratio.

Additionally, wildlife management staff have proposed to eliminate antler restrictions on Rex Hancock Black Swamp WMA and U of A Pine Tree Experimental Station Wildlife Demonstration Area. Rex Hancock Black Swamp is virtually surrounded by the Cache River National Wildlife Refuge, which currently has no antler restrictions. The proposed regulation change at U of A Pine Tree Experimental Station WDA will provide additional deer hunting opportunity and help address concerns regarding the growing deer population on the area.

The proposed antler restrictions include:

These antler restrictions were based on data modeling specific for each physiographic area and designed to protect all 1½-year-old, greater than 50 percent 2½-year old, but allow virtually all 3½-year-old and 4½-year-old or older bucks to be available for harvest. Based on data, this regulation will greatly improve buck carry-over while improving the herd’s sex ratio.

If this proposal is accepted, biologists will collect data to monitor results and report findings.