Starting Over – The First 7 Months 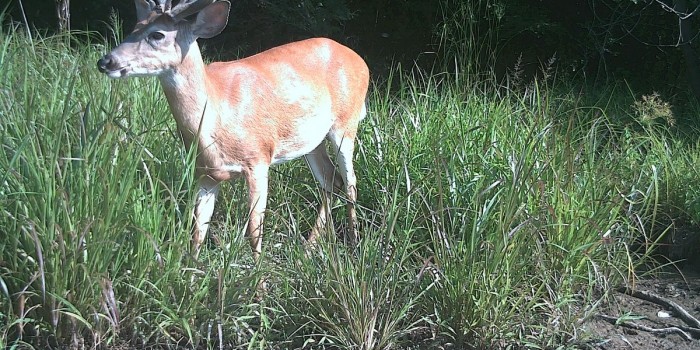 First off, thank you for following along with the new “Starting Over” blog here on the PBO website.  This is the second entry in the series, so hopefully you took the time to read the first one, which highlights my recent move from Kentucky to Georgia to take a new job with the Georgia DNR.

I also hope that in reading this blog that you, regardless of whether or not you’re starting over, will find something to take away from it that will make you a better hunter.

This second entry is to bring you up to speed on what I’ve done during my first seven months here in Georgia to improve my odds for success this fall.   I can tell you without hesitation, that I haven’t invested nearly as much time as I would have liked in serious scouting.  Fortunately, I have the advantage of working and living on one of the primary WMAs that I will be hunting, which gives me the opportunity to learn a lot about the layout of the property and deer movement during the course of my daily work activities.

One of the biggest challenges of hunting the WMAs around me is the shortened and varied archery seasons.  Unlike Kentucky, which opens most WMAs for the entire season, many of the areas down here have specific season dates that are set so that archery deer and small game hunting doesn’t overlap.  So, even though I am learning one particular WMA extremely well, I will only be able to bowhunt there for 2 weeks in September and 10 days in November.  That means, unless I want to limit my deer season to 24 days, I am going to have to scout multiple WMAs.

I am planning on adding a separate blog entry in the next day or two that specifically highlights the steps to hunting a new property, so I’m not going to go into great detail about all that right now.  I will just say that most of my time afield during these first 7 months has been spent learning a few WMAs – the various access points, main drainages, habitat (pine stands vs hardwoods, clearcuts, etc).  I have also taken some time to look at the harvest figures for the various WMAs to get an idea of which ones have higher deer numbers and which ones just have more hunters.

A trio of nice bucks spotted while glassing WMA fields

I’ve been able to gain a decent amount of information by talking to guys that have hunted and continue to hunt the WMA.  Of course, I don’t ask them for their hotspots, but focus more on where the hunting pressure is highest.  You’d be surprised how much info another hunter will give you when you get them talking!

Lastly, and just in the past few weeks, I have started to run a couple of trail cameras and have started getting out in the evenings and glassing some of the fields on the WMA.  This has been extremely reassuring, as I have seen some really nice bucks to get me fired up for September!

Anyway, that pretty well brings you up to speed with what has been going on, and from this point on, I can keep you posted in real time about preparations for the upcoming season, and what is working and what isn’t…hopefully leading up to knocking down a nice buck on Georgia public land.  I hope you’ll stick around to see how it all plays out!