Getting Your Child Involved in Archery 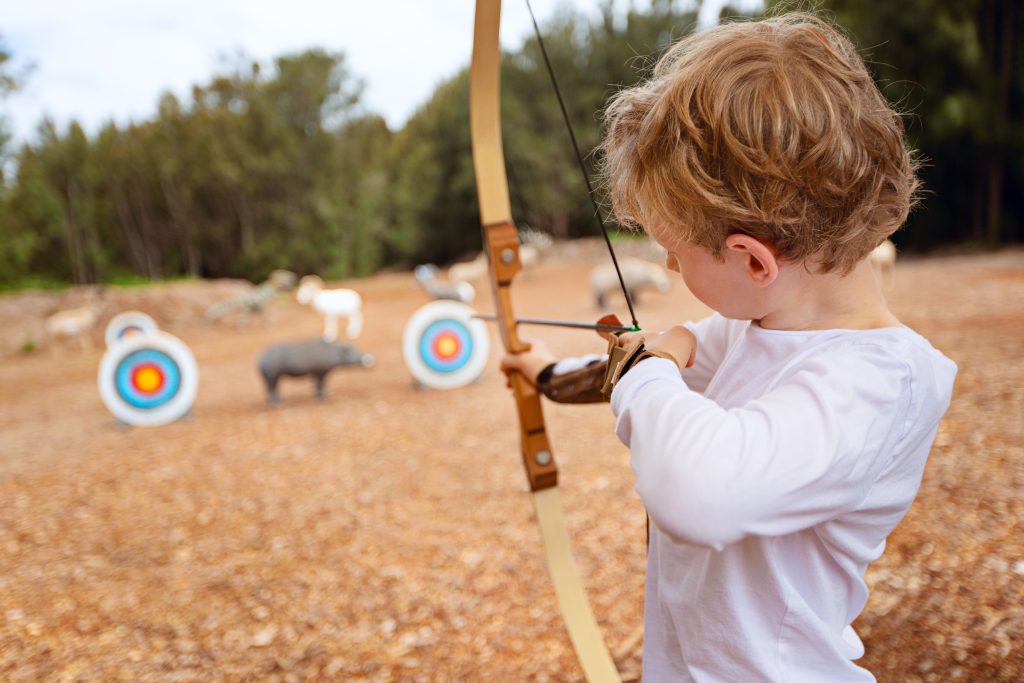 “At what age do I start my son or daughter in archery?” That is a question I have been asked many times over the past year. My answer is always that it’s never too early to start a youth in archery. My daughter Briley has been shooting some type of bow since she was 5 yrs old. That is when she started showing interest in archery and I jumped at the chance to introduce her to the sport.

The next question is, “Which bow do I get them?” The answer to that question depends on the long term goal. Do they want to hunt or just target shoot? There are a lot of bows on the market today to meet the needs of any shooter and it’s up to them to decide what they want to do. I will use my daughter as an example.

Briley’s only goal was to hunt from the beginning. She wants to shoot everything from a turkey to a gator and everything in between. Needless to say old Dad is going to have his hands full when she gets older. She started on a toy bow from Bass Pro. This where she just learned the basic’s of form, aiming etc. The arrows had suction cups on the end of them and she would shoot at an inflatable deer.

It didn’t take long and she already wanted a “real bow” that she could shoot at a real target. So the next step up was a Bear Scout bow. It was a fiberglass bow that had a rest and a 1-pin site, and it came with 3 fiberglass arrows. With this bow she learned how to anchor with her fingers in the corner of her mouth so she could consistently hit the same spot. This bow also helped build her strength and allowed her shoot to about 10 yds. She even shot some 3D with this bow which started a whole new set of problems for me.  Now, not only did she want to hunt with a bow, but she wanted to shoot 3D also.

Once she outgrew the Bear Scout, I took her to local bow shop we settled on the Diamond Nuclear Ice. The Nuclear Ice is a split limbed bow and is a true compound bow. Of course she went with the pink camo and we got her a dozen arrows to start out with.

The bow comes decked out with a rest, 3 pin sight and quiver. We also got her a youth release from True Ball, wrist sling, kisser button and put on a string loop. It took her a whole 10 minutes to site it in and start slapping arrows at 10 yds. I tried to limit how many arrows she shot a day to keep her from picking up bad habits from being tired, but quickly realized I was fighting a loosing battle. You can only hear “Daddy, can I keep shooting my bow” so many times before you finally give in.

Always remember that the most important thing is to keep it fun for them. Put balloons on a target and let them shoot them. Briley has gone to indoor spot leagues with me and actually shoots from where we do. The guys that shoot with us were awesome in making her feel part of the crew. Guys would give her trophies and ribbons and made her feel special. I can’t tell you how much this has helped her in confidence and feeling like part of the group.

It is the same at the 3D shoots I take her to. She knows most of the guys at these shoots and forgets I’m there most of the time. She shoots the bull better than most guys and looks forward to every shoot. I can’t thank the people enough at Rick’s Archery and Fern Creek Sportsman Club for their support of her.

Unfortunately, you rarely see youth at these types of events and they are the perfect place for a kid to get hooked on archery for life.

Coming up, in part 2, we will cover some of the best bows on the market for youth.